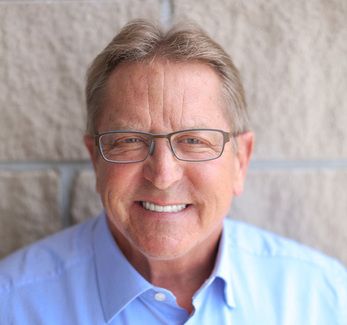 Dr. James Elias is a native of the Independence area. He graduated with honors from the University of Missouri, School of Dentistry in 1979. He became accredited by the American Academy of Cosmetic Dentistry in 1989 and was accepted for membership to the American Society of Dental Aesthetics (based in New York) in 1989.

He has taught cosmetic dentistry throughout the United States and Canada. Dr. Elias and his wife Sharon have 4 children and 3 grandsons.

“Though I am always nervous, I know that no matter what the situation, I could not be in better hands at Dental Arts. Thank you to you and your staff. You are all so wonderful. God bless you!” Gail